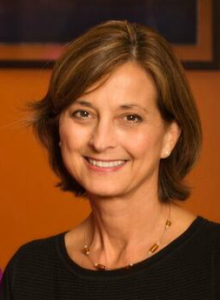 With Evidence from the LEAP trial


There has been an alarming increase in the prevalence of peanut allergy in the past 10-15 years in the US and other westernized countries. Some estimate 100,000 new cases annually in the USA and UK, affecting some 1 in 50 primary school aged children.

The LEAP study, Learning Early About Peanut Allergy, was led by Prof. Gideon Lack, King’s College London and published in the New England Journal of Medicine in 2015. (N Engl J Med 2015; 372:803-813). It was the first prospective, randomized trial of early peanut introduction in infants who were at high risk for developing peanut allergy. It showed the potential to reduce their risk of developing peanut allergy by an astounding 70-80%.

In the study, 640 high-risk infants between the ages of 4 to 11 months were randomized to consume peanut products at least three times a week (6 g of peanut protein; equivalent to 24 peanuts or 6 teaspoons of peanut butter per week), or to completely avoid peanut products for the first 5 years of life. High-risk infants were those with severe eczema, egg allergy, or both. The results of the study were so compelling that it prompted a change in the food allergy guidelines supported by the allergy and pediatric associations.

Based on the data generated in the LEAP trial and existing guidelines, the following is suggested guidance to help the clinical decision-making of healthcare providers:

• There is now scientific evidence (Level 1) that healthcare providers should recommend introducing peanut-containing products into the diet of the “high-rish” infants early in life (between 4-11 months of age) in countries where peanut allergy is prevalent, since delaying the introduction of peanut may be associated with an increased risk of developing peanut allergy.

• Infants with early-onset atopic disease, such as severe eczema, or egg allergy in the first 4-6 months of life, may benefit from evaluation by an allergist to diagnose any food allergy and assist in implementing these suggestions regarding the appropriateness of early peanut introductions. Evaluation of such patients may consist of performing peanut skin testing and/or in-office observed peanut ingestion, as deemed appropriate following discussion with the family. The clinician may perform an observed peanut challenge for those with evidence of a positive peanut skin test to determine if they are clinically reactive before initiating at home peanut introduction. Both strategies were used in the LEAP study protocol.

“There appears to be a narrow window of opportunity to prevent peanut allergy”, says Lack. “As soon as an infant develops the first sign of eczema or egg allergy in the first months of life, they should receive skin testing to peanut and then eat peanut products if the test is negative, or consider an oral challenge to peanut if the test is positive. Infants not in this high-risk group, the new recommendations suggest, can be fed peanut products from 4 months of life”